Notes from The Farmer’s Daughter – A not-so-sweet surprise!

There they were red berries hanging in clumps of what looked like juicy droplets or tiny grape tomatoes. To my eager anticipation, the goji berry bush I planted a few years ago finally produced berries!

Instinctively I pulled a ripe berry from the plant and popped it into my mouth in utter excitement. I had waited three long years to be able to taste this remarkable “superfood!” No sooner than I swallowed it, I began reaching for my phone.

It wasn’t my mother or a friend I was calling to tell them how amazing this berry was. Instead, I wanted to use Google or “Dr. Google” to see if, in fact, what I had just voluntarily consumed was truly edible?

The indescribable bitter taste had me questioning what was staring me in the face on the label describing it as sweet. Instead, I wondered if I had just willingly eaten a poisonous berry. Don’t get me wrong, if I genuinely believed it was toxic, I would have used my phone for calling 911 or poison control, but the taste did leave me with the need for confirmation that what I was tasting was normal.

Thankfully Google came back with the answer, and yes, it turns out that raw goji berries are edible as I had believed when I chose to plant the rare fruit bush. However, the taste was nothing I had imagined from these vitamin- packed berries and may very well explain why the birds had chosen to leave the goji berries unharmed yet stripped my nearby grapevines clean.

A little more research revealed a reference to the bitter taste, which made me sigh with relief since I was second-guessing myself and what I had just consumed. In hindsight which is always 20/20, it might have been wise to search out goji berries to give them a taste test before purchasing the plant and committing to its care. The excitement for the arrival of berry production might not have been met with such disappointment after three years of waiting.

Now I find myself searching for ways to consume these less than tasty berries that are native to China and have been eaten for generations in the hope of living longer. I did discover that it is
suggested that the goji berry be consumed after being dried (think grape to raisins).

Upon reflection of this experience, my advice to share with the adventurous growers out there like myself is to try the fruit before you decide to plant it.

Goji berries are anything but sweet!

Next Post: Notes from The Farmer’s Daughter – Lessons from the moon 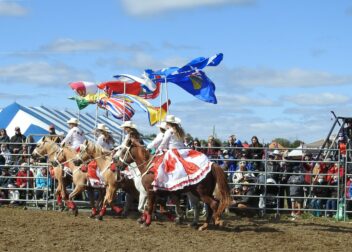 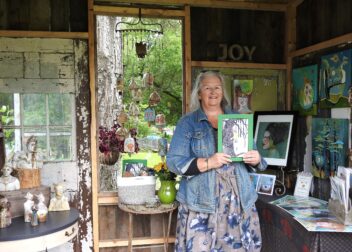 Notes from The Farmer’s Daughter – Renovating Daisy May

Notes From The Farmer’s Daughter – New gym business is the perfect fit!